Posted on March 9, 2018 by StepByStepSchoolsSupport

It deals with two principles i.e. Outsourced and On demand where we only pay for services which we use so we pay-as-we-use the cloud and everything is outsourced to azure hence we only need to worry about building our application.

IAAS which stands for Infrastructure as a service is the hardware part of Azure’s hosting service as it consists of ram, hard disk, router, networking, cpu and gpu etc.

PAAS which stands for platform as a service is platform software to operate the hardware which consists of Operating systems, Frameworks, Databases and Web server etc.

SAAS which stands for Software as a service is the software layer which provides with services like email, invoicing, accounting and control panel etc. for our application.

How is cloud different from normal webhosting?

But in Cloud hosting provider like Azure allows us to only pay for what we use along with being elastic and flexible for Application hosting thus bringing down the cost.

What is a resource and why do we need Resource group?

A resource is the requirements that we need to build the application on the Azure Cloud where a resource can be database, server etc.

A resource group is a collection of multiple resources for example web servers, database and frameworks etc. are grouped into a resource group named web development.

What is the importance of Resource group location?

Different resources can have different geographical locations like UK and US etc. hence we have resource group location in Azure to store the meta-data of these various resources stored at different locations.

What are app services?

App service plan is the meta-data for various components like ram, webservers etc. which can be customized by us to our required.

Initially the standard app service plan is set as default and we can further customize and new parts using pricing tiers.

Which appservice will you choose to host a website?

The app service should depend upon the resources that we require to host our application.

What is the importance of Service plan and pricing tier?

App service plans start with a free app service which is a barebones plan with just 1GB of storage as we keep on going up in the pricing tier hence we can add more parts and which goes up to isolated.

How to upload a site by using FTP on Azure?

After uploading our existing application or creating a new application along with our chosen app service plan and then press create which will upload our application and deploy it as a web application.

Later on we can create a FTP username and password and login into it and then see that our site is uploaded to a wwwroot folder.

How can you go to the console of Azure?

Console can be found below the DEVELOPMENT TOOLS section after that we can click on it.

This console is very similar to our normal command prompt where we can perform nearly all the task that we perform on a normal terminal window.

What is the need to use App Service Editor?

It is an online editor in case we don’t want to download and upload the files again on the cloud hence it’s mainly used to change the code or make quick bug fixes in production.

It has a layout and feel similar to VSCode.

Explain the importance of publish profile of Azure?

Publish profile file has the necessary credentials which we can use to login to the site.

We can load this file in Visual Studio and publish it if any changes are made to the project which is already deployed.

What is the problem of mapping work load with Azure configuration?

Consider we have service application plan which has particular set of components like Ram, CPU cores, Hard Drive Space, No of simultaneous users etc.

But to different organizations and customers different aspects of work load are necessary like Ram or cores on a CPU hence mapping work load with azure configuration becomes a bit problematic.

While deciding which price tier we need to buy the load that we intend to have on the cloud must be calculated to select our app service plan hence to calculate this load we use DTU.

Hence DTU can be calculated on the above five factors which are no. of Reads, no. of Writes, Ram, CPU and Log processing speed.

DTU is the Unit of measure which guarantees performance for that configuration.

It employs the same calculations as DTU to calculate load but EDTU’s are shared among many databases they do not have a rigid number of databases.

On which factors does DTU depend?

DTU Depends on five factors mainly no. of Reads, no. of Writes, Ram, CPU and Log processing speed for calculation of load.

How to calculate DTU?

We can calculate DTU by simply going to the following address dtucalculator.azurewebsites.net and upload a csv file containing the following factors

The upload the CSV file and press calculate 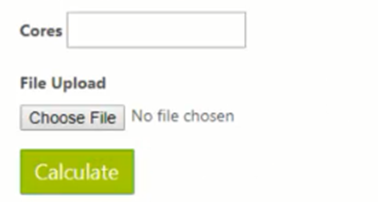 How to measure the five factors which derive DTU?

We can calculate the five factors by downloading Command Line Utility from the following address dtucalculator.azurewebsites.net

And then we need to run the .exe file downloaded in the above step it will generate a csv file in the temp folder which it can create by running a load test on the system.

How can you create SQL Server DB on Azure?

To create a SQL Server DB on Azure we need to click on SQL databases category on the left side menu.

After opening the category we can add a database name, add our existing resource group or create a new one, choose if we want a DTU or EDTU in the Elastic pool option and create new login details along creating the database on which we can work on it later with SQL SERVER Management on by logging with same credentials as with which we have registered on Azure SQL DB.

Function apps are small piece of code or logic which get hosted on azure for which we do not need to provide a big virtual machine and we can host them in a server less manner.

You can create a function app on azure portal by clicking on the function apps option in the left section of menu’s or click on the plus sign after that we need to select function app and then configuring the required information.

For function app template in visual studio, what has to be installed?

The Azure development package must be installed in visual studio features window in Visual Studio 2017 to have an option in to create a new project in cloud section for Azure Functions.

Service plan allocates a full blown virtual machine for our usage which we have preselect before hosting our application.

What is the importance of Scale controller?

Scale controller is used to scale up or scale down the function instances.

Scale controller is available for Consumption plan and not for Service plan.

What is a Web Hook/API function app?

Differentiate between resource manager and classic?

Classic is the Deployment model used for applications deployed earlier in the Classic virtual network in earlier version of cloud.

While Resource manager allows us to use the new resource group feature which allows us to group many resources together and manage them.

Explain the difference between blobs, files, queues and table? 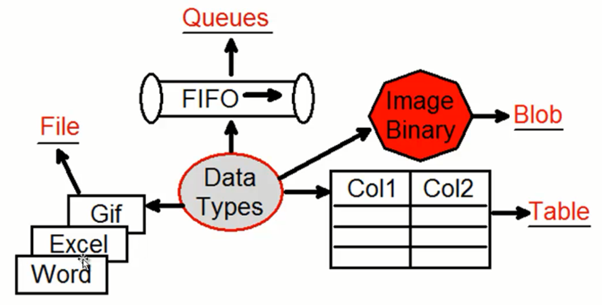 File: It can be any physical file like a word file, Gif, Xlsx (Excel) or PPT (Power point) etc.

Queues: The data supports formats like FIFO, LIFO, FILO etc. which are basically queues for data to line up to be processed.

Table: For data which are required to be stored in name value pair we would like to select this data type.

Differentiate between general storage v1 vs v2 vs blob?

Blob stores data in only binary format in azure storage while general storage v1 data in all the four data types in the storage.

The only difference between general storage v1 and v2 is that v2 has an extra option called Access tier which contains two options hot and cold also it has the facility of archiving along with having lower through put unlike general storage v1.

Hot access tier should be used in general storage v2 to allow faster access to data via caching and fast processing while cold access tier is usually set for data which is not access that often.

When should we choose standard vs premium?

Differentiate between SSD vs HDD?

HDD which stands for Hard Disk Drive has a rotating magnetic disk which is read by a mechanical hand while SSD has static storage configuration hence no moving part leading to higher read and write speeds.

But SSD are much costlier than HDD hence they are included under the premium section under the performance menu. 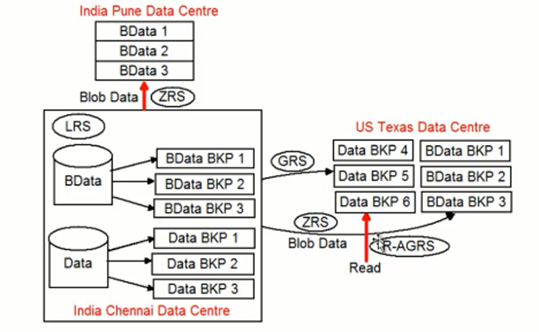 GRS (Geo-redundant storage) backs the data locally in the same data center as well as geographically somewhere else.

ZRS (Zone-redundant storage) is especially for blobs it can backup data in local data centre’s as well as data centres in other geographical regions.

RA-GRS (Read-access geo-redundant storage) backs the data locally in the same data center as well as geographically somewhere else which is the same as GRS backup but in this type we can read from the backup copies.

How can azure storage explorer make your life easy?

We can download Microsoft Azure Storage Explorer online and install it as desktop application.

We can use to manipulate storage and create blobs, files etc. easily with Azure storage explorer with just logging in with our azure credentials.

What is Cosmos DB?

Cosmos DB is an improvised version of Document DB which was mainly created to reduce latency issues by bringing the database centres closer to the client location.

Cosmos DB is a Planet Scale, Json based, Multi-APi and NO SQL database.